Should You Consider Snoring Surgery & What Are the Options?

Snoring is a problem many people have to live with. Either because they snore themselves or because they live with someone else who does. Although snoring can be annoying and present many health problems, trying to stop it via surgery could be seen as an extreme solution.

There are several less unpleasant ways to control snoring and, apart from being safer, they are a lot cheaper as well.

Many people use anti-snoring devices like MADs and TSDs with great success. Lifestyle changes, such as losing weight and reducing alcohol consumption, can be very effective for some people as well.

Snoring surgery is certainly a solid option but choosing it as the initial solution is unlikely to be the best course of action for most people who snore. Nor is it always effective. So, if you think surgery is a guaranteed quick-fix solution, you are sadly mistaken.

The average person shouldn’t be considering snoring surgery unless a doctor has advised them it may be the best way to go. Even then, anyone who is considering any form of surgical anti-snoring procedure would do well to become familiar with all of the risks and other negative factors snoring surgery may entail.

This article does not slam snoring surgery. Nor does it encourage anyone to take such a route. It merely provides information about the various surgical procedures available so that snorers can decide if surgery is the right option for them.

Why Do People Snore?

Although there can be many contributing factors, people snore when air turbulence in their airway causes soft tissues to vibrate.

That noisy rasping noise we call snoring doesn’t happen during the day because the muscles in and around the windpipe are not sufficiently relaxed.

Sleep changes the state of play, relaxing the muscles, allowing that noisy hacksaw-sounding symphony to get underway.

Although normal snoring does not present any dangers, some people who snore do so due to a condition called sleep apnea.

When people have sleep apnea their breathing stops multiple times during the night. Sometimes up to 100 times per hour.

Sleep apnea is a dangerous condition that necessitates professional medical care. More often than not, doctors prescribe a CPAP machine that keeps the airway open at night by using pressurized air provided via an electric pump and face mask. However, in severe cases, they may suggest surgery instead.

A Look at the Main Snoring Surgery Options

If your doctor feels surgery is necessary, there are several options they may suggest. Some of them are suitable for both normal snoring and sleep apnea, but none of them have a 100 percent success rate.

Even if the procedure is successful, there is still a possibility that the problem with snoring will return over time. Having said that, some people find surgery works incredibly well.

Let’s take a look at some of the main surgery options doctors often recommend.

Also called a palatal implant, the pillar procedure is not as drastic as some of the other surgical options. It’s a minor surgery that’s often used as a treatment for normal snoring and mild cases of sleep apnea.

During the procedure, your surgeon will implant small plastic rods into the upper palate of your mouth. The rods are generally around 1.5 millimeters in diameter and 18 millimeters long.

By preventing the vibration that causes the problem, the implants can help you and your partner (if you have one) to enjoy a quieter night.

If you frown on the idea of having any procedure you cannot pronounce, uvulopalatopharyngoplasty may not be the right option for you.

However, you could get around the problem by simply referring to it as UPPP. It sounds a little like a political party but, what can you do?

UPPP is a relatively minor surgical procedure doctors can do under local anesthetic, but it could be seen as being slightly more drastic than the pillar procedure.

During UPPP surgery, the surgeon removes some of the soft tissue at the back of the throat. The uvula also has to go. If you don’t know what the uvula is, it’s the small piece of flesh that looks like a speed ball dangling from the top of your throat.

As well as the uvula, the surgeon removes some of the flesh from the palate and a little more from the walls of the throat.

This reduction in flesh improves airflow, making you less likely to snore. It’s viable for normal snoring but not for sleep apnea.

So, instead of adding something, UPPP takes something away.

There are two ways to perform the procedure:

Unfortunately, although most people who undergo this type of snoring surgery have no negative issues, some people do.

UPPP can cause long-term problems with swallowing and/or voice changes. It may also leave you with a permanent sensation that feels like you have something lodged in your throat.

Maxillomandibular Advancement (MMA) is a rather invasive surgical procedure. It involves moving the upper (maxilla) and lower (mandibular) jaws forward.

The advancement of the lower jaw brings the tongue forward. This opens up the airway, making you less likely to snore. The upper jaw is moved forward to help the top and bottom teeth maintain correct alignment.

MMA can bring about changes to the features. However, many of the candidates for this type of snoring surgery already have facial deformities that affect their breathing.

Instead of moving the jaws, genioglossus advancement improves breathing by pulling the tongue forward. Again, it’s quite an invasive procedure.

The surgeon who performs the operation cuts through a section of bone at the front of the lower jaw. The section is then pulled forward of the jaw and attached to the bone via a screw or metal plate.

The section of bone that’s dragged forward, brings the tongue with it. This stretches the tongue, making it firmer and less likely to cause an airway obstruction during sleep.

Hyoid suspension surgery is possibly a little nastier than genioglossus advancement. The procedure pulls the tongue forward along with the epiglottis areas of throat tissue.

This is achieved by cutting into the upper throat and detaching certain tendons and muscles. Then the surgeon pulls the hyoid bone forward. This pulls on and moves the aforementioned areas of flesh.

Midline glossectomy surgery aims to control snoring by reducing the size of the tongue. It’s a nip and tuck type of procedure that’s performed via the open mouth.

Hypoglossal nerve stimulation is another type of snoring surgery that doctors sometimes recommend.

It’s another invasive treatment because it involves implanting a neurostimulator into the chest.

The neurostimulator is attached to the hypoglossal nerve (in the throat) via a stimulation lead.

During sleep, the simulator sends a precisely timed electrical current along with the stimulation lead. This stimulates the hypoglossal nerve, causing the tongue to move in a way that opens up the throat.

If your doctor suggests hypoglossal nerve stimulation, it is more likely to be as a way of controlling snoring caused by sleep apnea. It’s not a treatment that’s normally used for common snoring.

These types of snoring surgery are a little different from the other options because they primarily concentrate on the nose.

Sometimes physical deformities in the nose can cause snoring or sleep apnea. Septoplasty is a procedure that straightens the tissues and bones in the center of the nose.

Turbinate reduction reduces the size of the tissues inside the nose. Both procedures are generally performed together.

By improving nasal breathing, septoplasty and turbinate reduction help you avoid sleeping with your mouth open, thereby making you less likely to snore.

Snoring Surgery can be very expensive. The cost of some procedures can run into thousands of dollars. If your snoring is due to a diagnosable medical condition, your medical insurance may pick up part of the bill but you will still have to pay several hundred dollars. Possibly several thousand.

If your medical insurance does not help cover the costs, snoring surgery could cost up to $10,000.

Bearing in mind the invasive nature of the various procedures, and the fact that there are no guarantees the surgery will work, you can be forgiven if the thought of paying so much money does not fill you with glee.

It’s possible to buy a good-quality MAD or TSD for less than $100. The same can be said for most other types of anti-snoring devices.

Unless your doctor has told you otherwise, it may be best to see surgery for snoring as a last resort. It’s an expensive option and, as with any form of surgery, there are generally risks and side effects involved.

If you have already tried many less invasive options without any success, it’s advisable to visit your doctor. They may suggest surgery or offer alternative solutions you may not be aware of. Surgery is an option but it’s not the only option and it may not be the best one. Some professional input from a doctor may be the thing you need to help you decide. 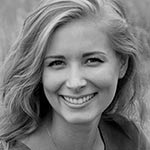