Why Do Women Need More Sleep Than Men?

Is it true? Is this a scientific fact, or is this an ‘alligators in the sewers’ type of situation?

Are men and women exactly the same where sleep needs are concerned? Or is there some truth to this?

As it turns out, there is some truth to it.

And in this post, you’re going to learn what it is.

Women do need more sleep than men, though it may not be quite as much as you would think.

According to sleep.org, women need about 20 more minutes of sleep every night than men do.

Well, there are three different reasons for this.

During the day, women expend more mental energy (their brains work harder) than men do.

Women’s brains are literally wired differently. They tend to multi-task more, and they actually physically use more of their brains than men do.

This is mostly due to the inherent differences between men and women.

Since sleep is the activity that helps our brains to recharge and regenerate, it’s even more important for women to get adequate sleep.

2. Women Tend to Have a Tougher Time Sleeping Than Men Do

Men tend to suffer from sleep apnea more often than women. But—did you know that about 15% of women report sleeping problems, versus 8% of men, despite this?

There are a few different reasons for this as well.

About 63% of women report experiencing insomnia symptoms at least a few nights per week, vs. 54% of men.

Women also tend to suffer more from nighttime pain than men. Such pains may include tension headaches, migraines, rheumatic and arthritis conditions, and heartburn.

About 58% of women reported suffering from nighttime pain according to the 1996 NSF Gallup Poll, compared to 48% of men.

Shift work also tends to affect women more than men. Women who work night-shift jobs report that their lives and the quality of their sleep are more disrupted as a result of the shift work.

Women report more negative consequences of suffering from sleep deprivation than men do.

…than men who experience the same amount of sleep loss.

And of course, both men and women are put at greater risk for cardiovascular disease and diabetes risk as a result of sleep deprivation.

According to a study called Gender and Time for Sleep among U.S. Adults, which was published back in 2013, there are some interesting angles to consider when looking at how much time women actually spend sleeping compared to the amount of time men spend sleeping.

Obviously, there are different experiences for women in different stages of life as well.

Interestingly, the presence of children in the home, according to the same studies, did not alter men’s sleeping patterns as much.

And it doesn’t take a rocket scientist to see why. Women are just much more likely to wake up and take care of the kids than men in any given family household.

This all begins to paint a specific picture of women’s sleeping habits—and what we see is that women simply struggle to get enough sleep as it is, even though, according to nature and science, they actually need more of it.

So what can be done about it?

How can we make sure that men and women are getting adequate sleep, based on what they are doing in life?

Sleep Is an Incredibly Important Part of Life

According to the National Heart, Lung, and Blood Institute, sleep plays a vital role in good health and well-being throughout life.

Sleep is also incredibly important for teens and children, and is essential to growth and development.

So how can men and women be assured that they are going to get enough of it?

We live in a very imperfect world. As a result, some people simply get less sleep.

According to the CDC, 1 in 3 people don’t get the sleep they need.

College students, people who work more than one job, new parents, and people who suffer from sleep-related issues are just a few of those among us who have the most difficult time getting adequate sleep.

And if you start to combine these issues into overlapping situations, things start to look even more critical.

For example—what if a single mother needs to work two jobs, but also suffers from RLS and insomnia?

For her, getting adequate sleep is going to be a virtual impossibility—especially if she can’t afford quality childcare.

Childcare is pretty expensive in the United States. And even if you can afford it, that doesn’t mean that you’re getting a free pass for extra sleep! She will probably need to use her childcare for when she is working.

When my wife and I first became parents, our lives changed dramatically. She was a stay-at-home wife, and I worked the night shift.

So for the first little while, she would keep the same hours as me so that we had more time to spend together.

But then, once we had our first child, this changed.

She was constantly up and down with the baby, who seemed to adopt an opposite sleep schedule.

Now, she was struggling to get enough sleep—so she would ask me to help her as well.

But this meant that I also got less sleep—which made working and getting up for work more difficult.

Overall, in hindsight, it is easy to see how we probably weren’t financially prepared for a child—and that could be something to consider.

If we would have had enough extra money on-hand to hire a babysitter and keep them on for 40 hours a week, that would have made things much easier.

On top of that, if we could have hired a housekeeper as well, that would have freed my wife up to start her own career—which would have helped with the monetary burden.

Thankfully, in our household, at least for the first 6-7 years, my wife wasn’t forced to enter the workforce. I always made enough that she could pretty much just stay home with the kids (we had another one when our first child turned 4).

But even without being required to work a job, my wife never really caught up on sleep.

In fact, it is probably safe to say that she still hasn’t caught up—even though our kids are now 12 and 8!

The Moral of The Story Is This – Do Women Need More Sleep Than Men? Yes, But They Don’t Usually Get It

Getting adequate sleep isn’t easy, even when you don’t have barriers standing in your way.

Add a barrier or two, and this becomes insurmountably more difficult.

Plus, when we answer the question do women need more sleep than men, we come to a place where we actually realize that women have it pretty rough in our modern society.

So, what should we do about it? Unfortunately, some people find this a very difficult problem to face in the short-term.

But it isn’t without its possibilities.

If you can find a way for you and your partner to work together to ensure that you both get adequate sleep (8 hours for him, 8 hours, and 20 minutes for her), that would be extremely helpful.

Also, if you can figure out a way for that sleep to be undisturbed, that is also extremely helpful.

Consider investing in sleep masks, earplugs, and comfortable bedding that leads to a better chance for quality rest.

It isn’t a foolproof plan. But if you can work together, then you will doubtlessly see much better returns on your effort.

If You Are a Single Mom, Try to Be More Vocal About Needing Help With Your Children

Ask for help from friends and family members.

Offer to pay them what you can afford.

If possible, hire a nanny to help you.

But no matter how you split it, when you ask the question do women need more sleep than men, the answer is a very scientific yes.

That means that it’s important and that you should really be prioritizing it. 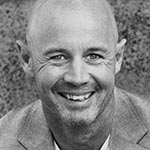 Phil has a strong background in sleep science and as a former sufferer, he more than anyone understands the effect snoring can have on all aspects of health and life.